But the best aspect of renewable energy job growth is that it doesn’t matter how states voted in the last election. The American Wind Energy Association identifies wind farms and manufacturing facilities in all 50 statesand 69% of congressional districts (78% of GOP districts, 62% of Democratic districts) paying more than $1 billion in state/local taxes and landowner leases, and supporting 24,000 manufacturing or supply chain jobs across 42 states. 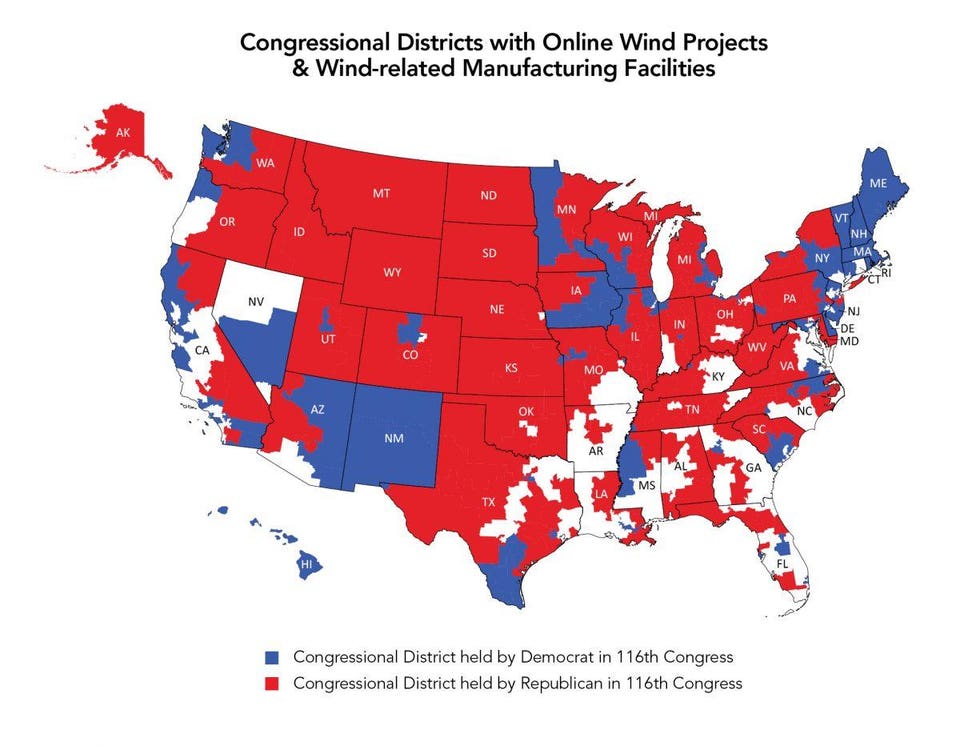 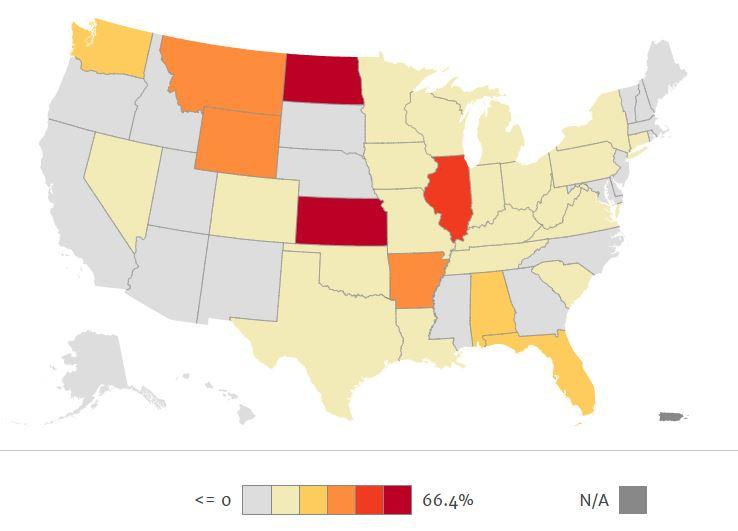 Coal jobs headed for another slump

Meanwhile, the Trump administration’s efforts helped coal mining jobsrebound to 52,000 in 2018, after falling from 86,000 in 2009 to 50,000 at the start of 2017. This is welcome news for the workers and communities that depend upon coal mining, but underlying data indicate this may be a short-lived respite.

U.S. coal consumption fell 4% in 2018 to its lowest point in 39 years due to accelerating coal plant closures and reduced coal plant utilization. The electric power sector represented 93% of total U.S. coal consumption from 2007 to 2018, but over that period 68 GW of coal-fired generation (out of 313 GW in 2007) retired, capped by 13 GW of retirements in 2018.

Coal mining’s one bright spot has been exports, which increased since Trump took office on increased overseas demand, buoying employment. But EIA reports exports began falling in the second half of 2018 and forecasts exports will fall 8% in 2019 as international prices remain well below the mark required for U.S. coal to be competitive globally.

Even Wyoming’s Powder River Basin (PRB), the country’s largest coal-producing region, is facing this new reality. The PRB has produced 400 million tons of coal annually, but could see output fall to 175 million tons within 10 years, risking 13,000 coal-dependent jobs. Coal’s headwinds led Moody’s Investor Service to forecast long-term decline for the region’s economy, and the state’s largest newspaper urged lawmakers to prepare for coal’s downturn and “pivot our state’s economy away from this volatile industry.”

Job growth from green energy even in the reddest states

Fortunately, the coal-to-clean transition is creating opportunities to replace lost jobs and cut consumer costs while expanding the tax base in coal-dependent communities – if policymakers embrace the “coal cost crossover.”

In 2018, simply running 74% of existing U.S. coal-fired generation cost more than replacing those plants with new wind or solar generation within 35 miles. As solar and wind prices keep falling, that number will jump to 86% by 2025, even as federal renewable energy tax credits phase out.

While renewables jobs can’t directly replace every coal job, expanding wind and solar demand is creating new economic transition opportunities for coal power plant and mine workers along with communities in which they live.

Clean energy jobs offer higher wages than the national average, and are widely available to workers without college degrees, according to new Brookings Institution research. Landing a clean energy job can equal an 8%-19% increase in income, and 45% of all workers in clean energy production (e.g. electricians, installers, repairers, and power plant operators) have only a high school diploma, while still receiving higher wages than similarly educated peers in other industries. 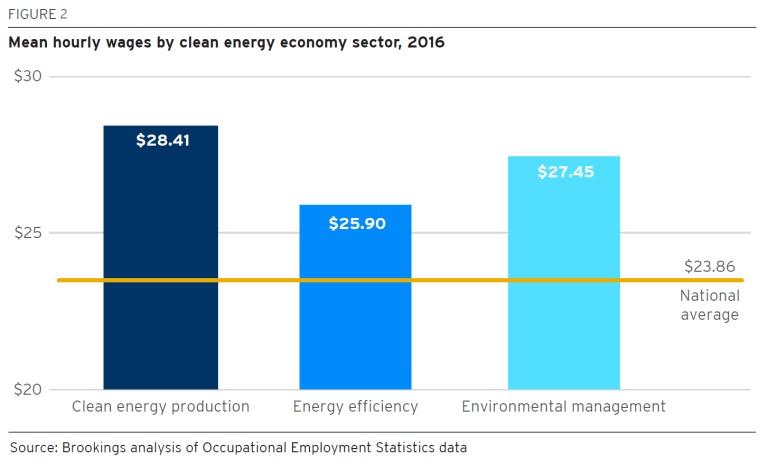 This economic evolution is coming into focus for many of the country’s most coal-dependent communities. Wind now provides a quarter or more of total electricity in five Great Plains states  and is one of the cheapest new generation options across most of the central U.S. – including the PRB, where America’s largest wind farm is under development with $5 billion in new potential investment.  Wind will also be cost-competitive and offer employment opportunities across the country’s second and third largest coal-producing regions, the Appalachian and Illinois Basins, by 2025.

Map of the levelized cost of energy for U.S. wind projects in 2018 using VCE dataset

But renewable energy’s job-creation potential is most acute with solar, which will be cost-competitive across most of the U.S. by 2025. This means solar installations could save money and create jobs that don’t require advanced degrees in most coal-dependent communities.

Map of the levelized cost of energy for U.S. solar photovoltaic projects from 2018 to 2025 using VCE dataset

Any coal plant that costs more than new renewables and any coal mine depending upon plants in danger of closing should be a wake-up call for policymakers that an opportunity for productive transition exists in their region.

Solar is particularly well-suited for closed coal mines or contaminated land. Federal funds are “re-energizing” a former Virginia coal mine into a solar farm to power nearby data centers, while Washington state’s largest coal mine and an adjacent coal-fired power plant slated to close by 2025 are being converted to solar.

Existing grid infrastructure at closed coal plants makes them particularly attractive for new renewables. In Massachusetts, one closed coal plant is being converted into a solar-plus-storage facility, while another is becoming a hub for the booming offshore wind market. And in Illinois, legislation has been introduced to convert uneconomic coal plants into solar-plus-storage facilities.

Doubling down on coal is a bad economic bet, and while industry job losses have recently stabilized, they’re about to fall once again – perhaps for good. By artificially propping up uneconomic power plants or the mines that feed them, policymakers are gambling with coal-dependent communities’ futures.

By comparison, going all-in on clean energy jobs is a much smarter bet for economic growth, especially in coal-dependent regions. By looking honestly at America’s new energy economics, policymakers can up the ante for stronger communities.”

Read the entire piece at Forbes.